The NFL Draft is one of the most exciting points of any football season, as we get to see the stars of tomorrow being picked up by NFL franchises. Sometimes it works out well, other times not so much. Just look at all the hype around Trevor Lawrence this year as he signed for the Jacksonville Jaguars. No one expected him to perform miracles, but being ranked number one pick in the draft, you’d expect a little more than he has been offering this season.

One name who will be eligible for the next NFL Draft and is being highly talked about is John Metchie III. From Brampton, Ontario, although originally born in Taiwan, Metchie is being tipped to be one of the next big Canadian stars to dominate in the NFL. He’s currently in his Junior year with the Alabama Crimson Tide, where he plays as a Wide Receiver (WR), perfectly built for the role measuring in at 1.83m tall and weighing 88kg. 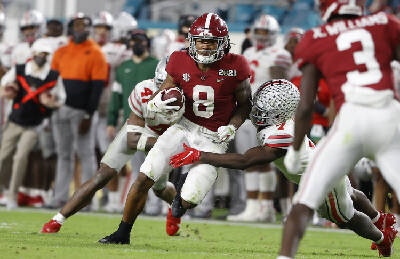 When he originally signed for the Crimson Tide back in 2019, he did so with four other star receivers in the team; DeVonta Smith, Henry Ruggs III, Jaylen Waddle and Jerry Jeudy. All four of whom would go on to be first round NFL Draft picks, and Metchie himself spoke how each of the four helped everyone push each other to unlock their potential in a chat with Bama Central:

“Everyone made each other better. Everyone is so competitive and it just made all of us better. I saw how they did things and how they handled certain situations.”

And what he says seems to be true, as despite a quiet first season, in which Metchie only found time to make four receptions for 23 yards, his stats have much improved since. In 2020, he managed 55 receptions, and 916 yards gained, with six touchdowns to his name. This year, he’s managed even more receptions at 67, whilst simultaneously gaining fewer yards at 722, and equalling his tally of six touchdowns. The season isn’t over quite yet either so those figures could increase.

As it stands, he’s in great form at the moment, going 10-1 this season with the Crimson Tide, and scoring an incredible touchdown catching a 20-yard throw by Bryce Young. His confidence beaming as he flexes his muscles in celebration as he extends his team’s lead against the Arkansas Razorbacks in their Week 12 game.

But what are his chances of being picked up in the 2022 NFL Draft?

Well, he is eligible to put himself forward for the draft, but he could also stay on another year with Alabama. And the Crimson Tide head Coach Nick Saban has often preached how he’d prefer his players to stick with the college program and improve with a system he knows works well for players, unless they’re guaranteed a First Round pick. 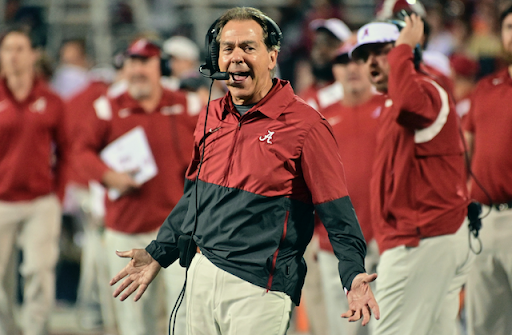 The question is, how likely is he to be picked up in the first round in 2022? Well, if you check out any sports betting sites for the best odds, then you’ll see that there are a few teams who are rumoured to be interested. The number of teams is increasing with every performance he has put out this season.

At the start of the 2021 campaign, with his impressive second season with Alabama, he was an outside tip to be a late first round, early second round pick. Which if we go off what Saban tells his players would probably suggest that he’d prefer Metchie to stay for one more season if that were the case. 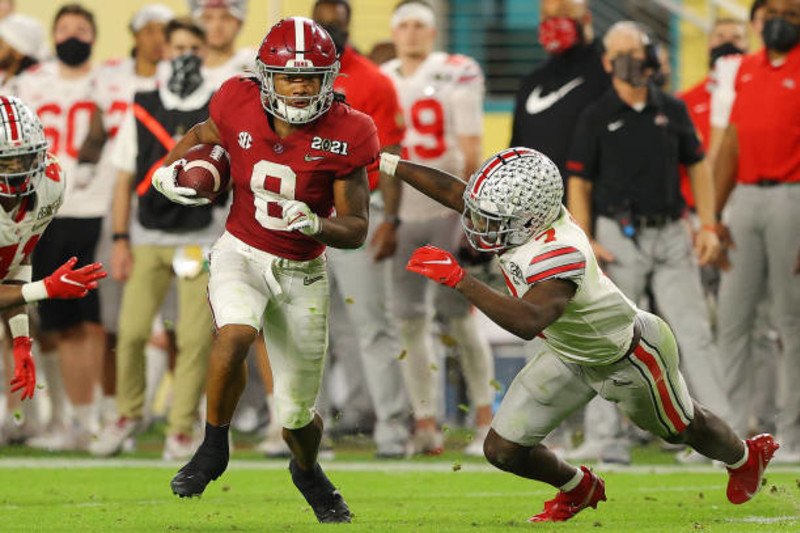 However, with his impressive performances this season, his stock has been on the rise, and the chances of a first round draft pick being on the cards ever more likely. Numerous outlets have already put together mock drafts to predict where players will come out should they put themselves forward, and here is how they look…

Of all the mocks that have been collated so far by rolltidewire, it seems the teams that are most likely to pick the WR up are the Detroit Lions, Green Bay packers or the Tennessee Titans. If it was more likely to be the Detroit Lions, I’d possibly go with another year in college, because they are just that bad this season. They look like a team that is completely lost, almost like a rabbit caught in the headlights every time they face a top quarterback (QB). 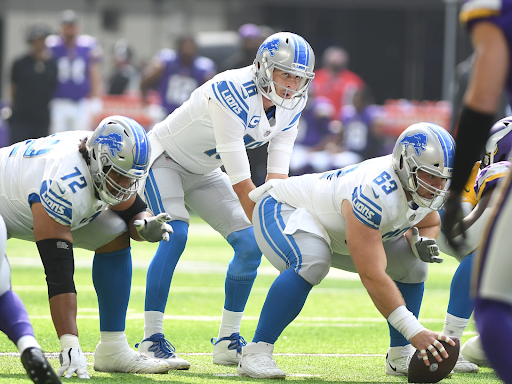 Sure with time that could change, and no doubt Metchie would be a good pick for them since he’s such a strong and quick player who can carry the ball. But a player of his quality should be joining a team that is looking to make playoffs at the minimum, and whose main goals aren’t just to turn up and prop up all the other teams in their conference.

The other two teams wouldn’t be a bad fit for Metchie though, with both franchises having a mixed batch of seasoned pros and young talent. Which would be great to work alongside some fellow up and coming players, as well as learn from some of the best in the game. What would be interesting though, is if out of nowhere, the Jacksonville Jaguars draft him in. Because if they can get Trevor Lawrence’s confidence up, and back firing on all cylinders as he did for Clemson Tigers, with metchie out wide, they would soon rack up points. And those narrow defeats could soon become wins.

Only time will really tell what happens, but if he carries on as he has been, it is quite likely we could see him joining the NFL next year.